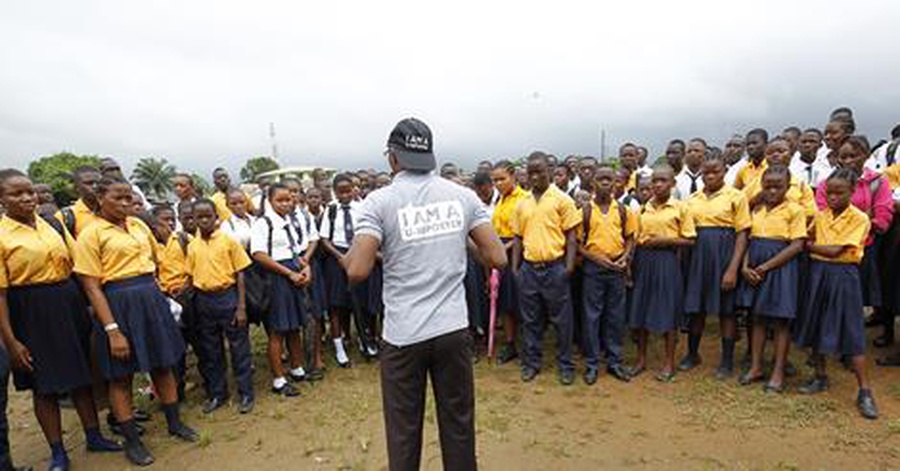 I own two mobile phones, like almost every other Liberian I know. We keep a phone each for every mobile network, or pack two sim cards in phones that allow it, for making calls to people on different networks.

Liberia has roughly 2,000,000 mobile network subscribers. Studies have shown that over 75 percent of youth have one or two mobile phones in Liberia, or have access to one relatively easily. Quite a high level of mobile phone density, even compared to countries with more developed communications infrastructure. In Liberia, as with mobile users in most places in the world, the phone serves as one of the primary modes of communication.

In Liberia, where over 50 percent of the country’s population doesn’t have access to print and electronic media, the mobile phone is key to communications, and much faster transmitting information to remote counties.

This is why UNICEF helped launch a free text-message-based platform that helps youth share information on what affects them and their communities through SMS. In return, they can receive solutions, or even help contribute to national dialogues.

UNICEF LiberiaUNICEF’s U-Report Coordinator, Pascal J. Wilson (center, in glasses) poses with other U-Reporters and members of the Steering Committee in Monrovia, just before they head out on a recruitment drive.

U-report is a social monitoring tool designed for youth and their advocates to strengthen grass roots development and citizen engagement. It allows citizens to speak out via SMS and other channels – through polls and messages – on what is happening in their communities. It also provides a forum to amplify their voices through local and national media, sends alerts to key stakeholders about issues their constituents are facing, and feeds back useful information to the U-reporters so they are empowered to work for change and improvements in their localities themselves.

U-Report was launched in November 2014, during the peak of the Ebola outbreak in Liberia. U-Report helped spread the message on ways youth could prevent the spread of Ebola, and share information with others in their communities and schools. Polls gauged youth knowledge on Ebola prevention and other sensitive issues, and notifications with messages promoting back-to-school efforts were conducted. Over thirty five (35) polls have been piloted since November 2014, and data generated by U-Reporters has been shared with policy makers for action.

Today, with the use of U-Report, youth in Liberia are able to communicate, in their own way, on issues that affect them at the local level through their mobile phones — for the first time. The results are automatically collated and periodically shared with policy makers for intervention or action as appropriate by a youth run steering committee.

I have travelled to Bong, Grand Bassa, Lofa, Margibi and Nimba counties encouraging youth to join the platform. Over 71,000 young people from across Liberia are now part of this network, one of the fastest growing U-Report networks.

A young person myself and a member of the steering committee, I have seen how U-Report has transformed the lives of some youth and I see its potential to get information to policy-makers in a country where youth once relied on the power of a gun. Now, they can share information in real time, and seek feedback using SMS, using the power of a mobile phone.

U-Report is currently run by young people in Liberia, and supervised by UNICEF. Fourteen top youth institutions are member of the Steering Committee. This committee develops poll questions and awareness messages for fellow young people, collates information and helps access specialists in various sectors to respond to some of the questions.

Visit the site for more information.